We Found Our Heart In Lake Oswego

About this time last week, it was toasty Sunday afternoon, I had a life changing experience. One of those things you find your mind drifting to, of its own accord, during those silent and still times, eliciting thoughts of outrage, bewilderment… sadness.  It’s amazing how tiny little things, which first start as ripples, can become powerful waves.

Shellie, my lovely bride of 17 years, needed to be dropped off at Lake Oswego’s Millennium Park.  For any who aren’t familiar with Lake Oswego, it’s a small city just south of Portland, Oregon, and has become known as one of Portland’s more affluent suburbs. Most cities have nicknames.  Some rhyme.  Some don’t.  Not many words rhyme with Lake Oswego, but it has had its own special nickname for decades.  A nickname which often left Shellie and me snickering whenever we heard it: Lake No Negro.  We were happy to help make the nickname obsolete. 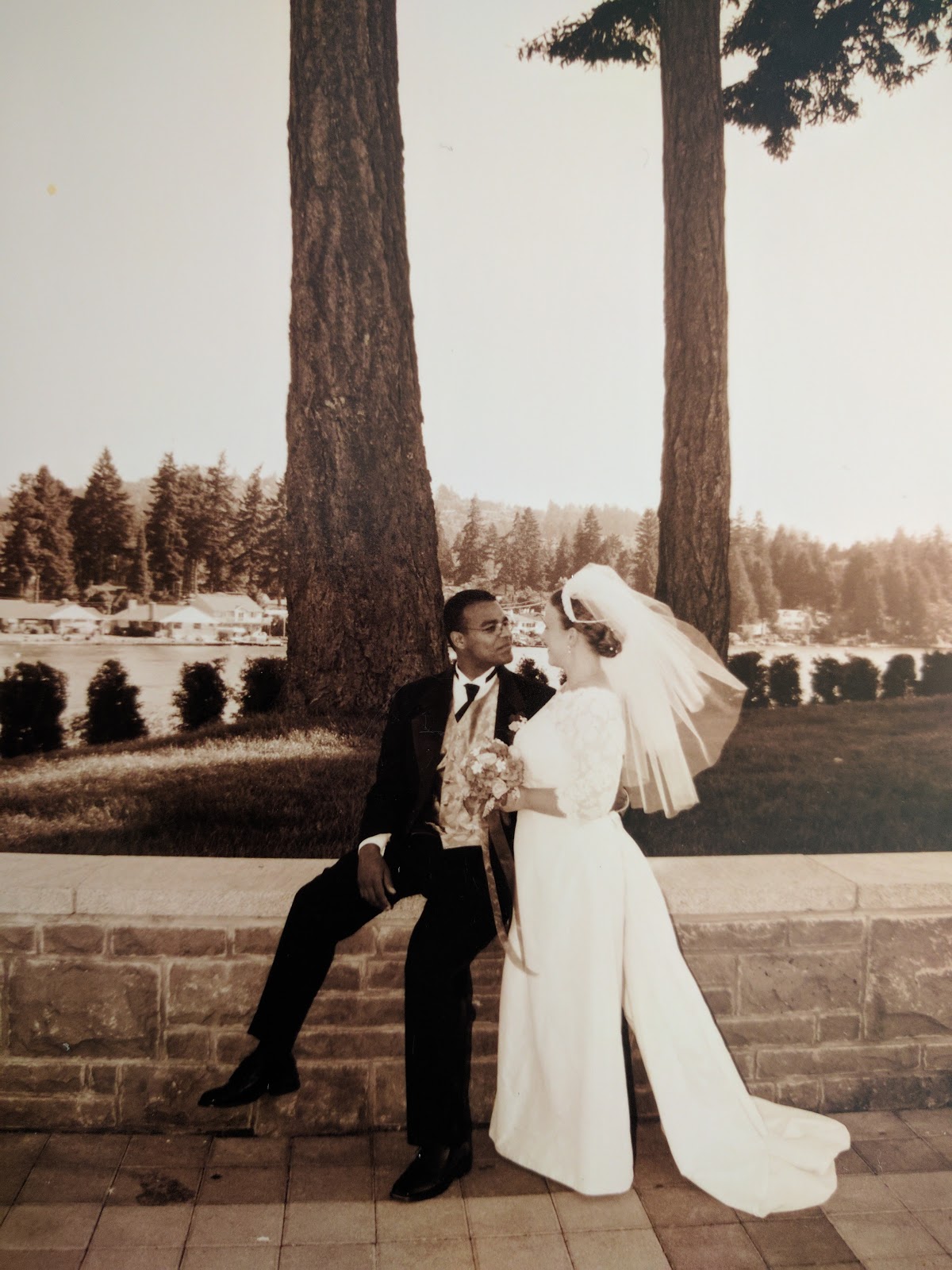 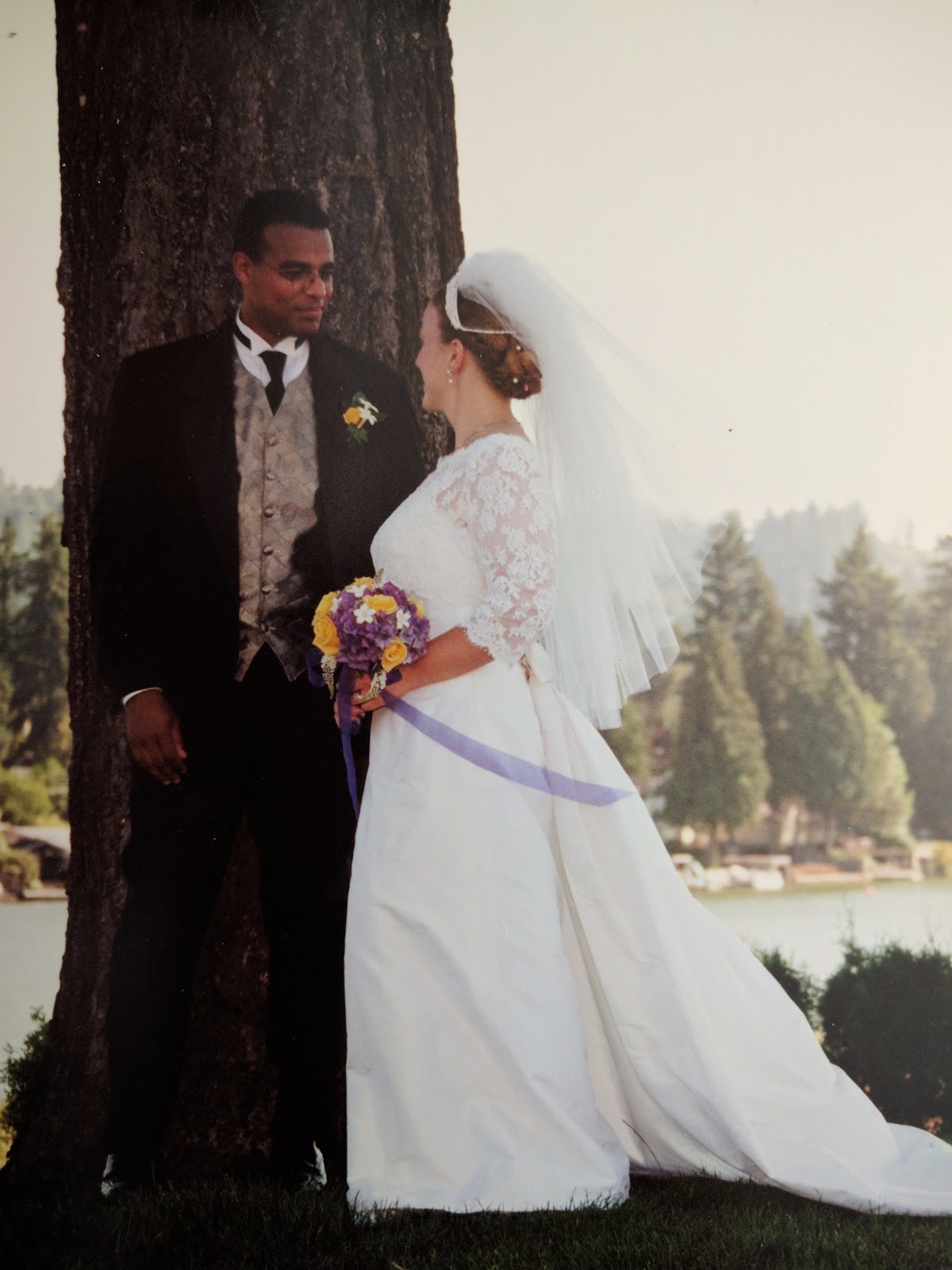 Shellie’s parent’s, David is a retired Army Colonel and Linda a retired Labor and Delivery Nurse, move to Lake O was 15 years prior to ours.  Shellie and I were married in Dave’s and Linda’s front yard.  There was a permit to shut down roads, and lights were strung between trees.  When nighttime fell, the twinkling little bulbs reminded me of running through the fields in Georgia chasing fireflies.  Hours before the wedding, the wedding party was graced with amazing weather for a photoshoot at Millennium Park.  There’s little doubt Lake Oswego is a special place.  For Shellie and I, it’s been almost magical. 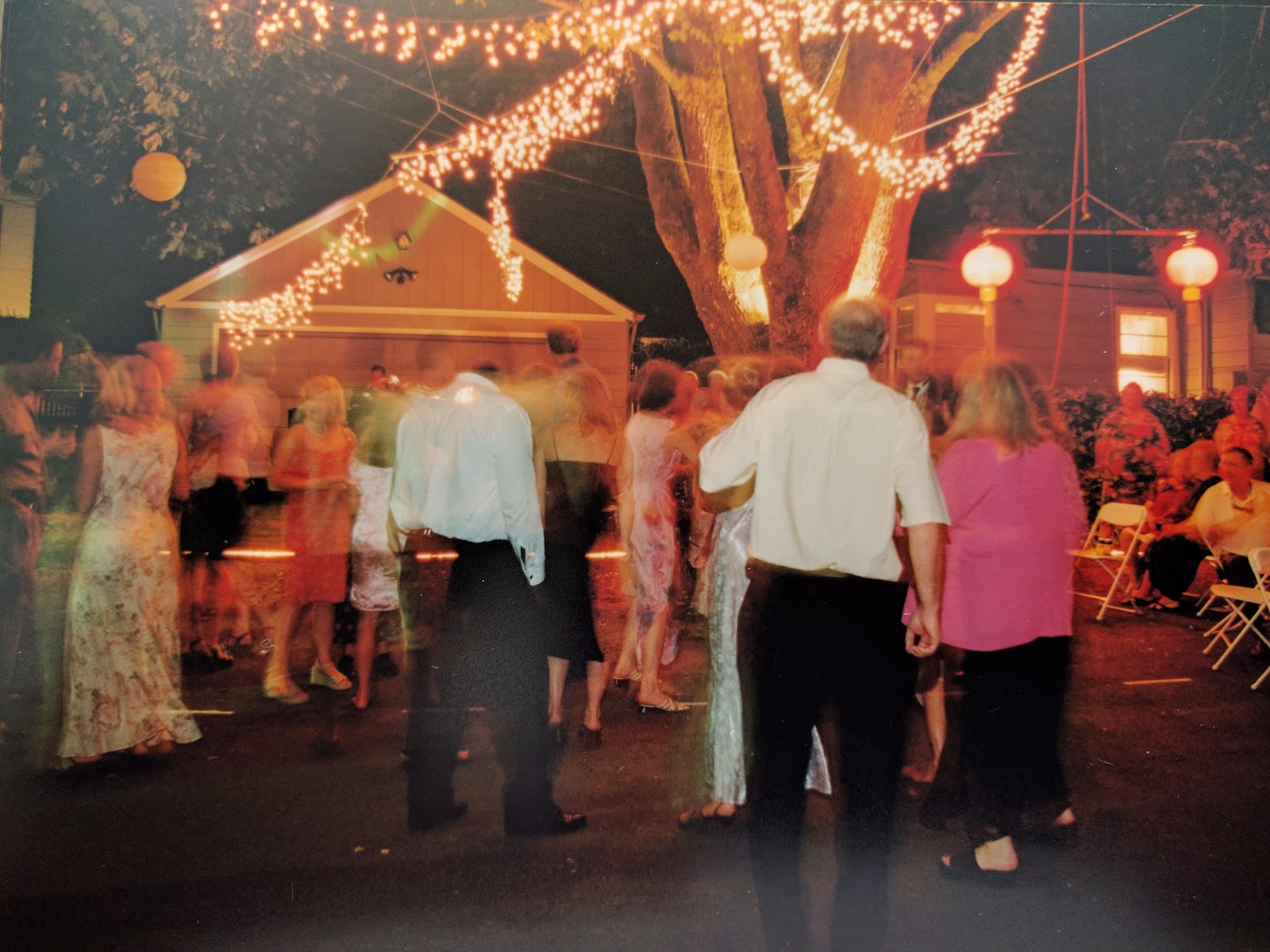 [And there was dancing in the streets]

Shellie’s father is a wonderful man, and has become one of my closest friends.  We often choose a day on the weekend to go out for breakfast, and to talk.  We sit and chat for hours about this or that, and everything else.  I can’t recall what led us to that particular topic on that particular day, but one morning Dave mentioned how Oregon use to be a “sunset” state.  Now let’s have a minute of candor here… can we all agree Oregon should more appropriately be called a “drizzle” state?  Dave enlightened me.  “Oregon remained pretty much white after it was founded.  And it use to be ‘Boy, don’t let your ass be found in this state/town when the sun goes down.’ If you weren’t white, you’d best be elsewhere before the sun set.  My father once pulled down one of those signs out near Bend.”

But I digress.  Oregon, and Lake Oswego, have a history that is not unique to them, and it’s in the past.  Let’s leave it there.  As long as we use history as a valuable learning tool, there’s no need for us to relive our mistakes.  So, getting back to the story, I was motoring along when a white BMW with dark tinted windows zoomed in behind me.  The driver was really close, two feet or so. I couldn’t even see their headlights.  I’m not a slow driver who generally needs motivation to go a little faster.  I’m more of a “lead foot” type of guy.  The driver, for reasons known only to him or her, was being reckless, and very likely to be the cause of serious injury should I have had to brake suddenly.  I tapped my brakes.  The BMW didn’t relent.  I signaled to make a turn, and so did the Beemer.  As I made my turn, it zoomed off the way we had been going.

Bad driving, I can deal with.  Nobody’s perfect.  Aggressive drivers, I can understand. Sometimes taking any guesswork out of the equation makes for a better driver.  I can even overlook the jerk.  Because you know what?  We all have bad days and sometimes it overflows onto others.  It’s not right, but life happens.  There is something, however, I can never excuse or find a reason to look past, and that’s being a bully.  The driver of that BMW tried to what… strike fear in me by pretending to follow me?  And then what?  It was at that split second I decided - You’re trying to be a bully, and that’s not ok.

I quickly turned the car around and within a few seconds saw where the white Beemer was headed (I may have had some experience tailing people).  The BMW drove into a nearby parking lot and parked.  I pulled into a spot three or four spaces away.  I got out just as Mr. Man did.  Then his two kids got out too.  They looked to be approximately the same age as my rugrats.  We both had sons around 9 years old, and daughters in their mid teens.  I still planned on talking with him, but would keep the interaction as tame as possible. As a reminder to myself to stay calm, i stood in the open doorway of my car, gripping above the door’s window.  This is a sampling of the conversation we had…

Me: Hey man, that’s not ok.
Mr Man: You didn’t have to tap your brakes, dawg.
Me: Look, someone’s gonna get hurt when you get that close. And with your kids in the car?
Mr Man: You live around here?
Me: You bet I do.
Mr Man: You don’t look like it...
Me: What’s that suppose to mean?
Mr Man: What do you think it means… Look in the mirror.
Mr: Oh really…
Mr Man: Nigger.
Me: Oh yeah. That’s great. In front of your kids and everything. (Fortunately his kids weren’t in earshot) Mr Man got within an inch of my face several times with me not walking towards him.
Mr Man: Where did you go to school?
Me: Where do you think? (I was wearing my Stanford sweatpants and a Stanford shirt)
Mr Man: Well you don’t look educated. 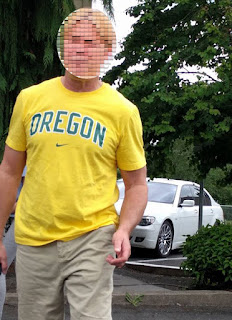 [Mr. Man. I’ll keep his real name to myself]

As we talked, Mr. Man decided he needed to position himself within a few inches of me, standing right in my face.  Kind of like when he was driving.  A bully to the core, and much more.  I felt sorry for his kids, and sorry for his wife.  I’d known Mr. Man for only a few minutes and he was trying to throw his weight around.  Speaking of weight, Mr. Man was quite a bit bigger than me. Well, he was the bigger man physically… As he stood over me a lot of things ran through my head, the least of which wasn’t wondering if I would be forced to protect myself.  He was a big guy so I’d have to hit him quick and hard.  The second he touched me I planned to jab my fist straight into his throat.  Mr. Man stood in my face momentarily, then walked away.  He did so again several minutes later, but again quickly backed off after telling me I smelled.

I’ve been called many things in life. Before being called a husband, and then “Dad,” I was a graduate of Stanford University.  When I worked as a Psychological Operations Specialist in the US Army, I was a soldier.  More recently I was an Officer, and now I’m Detective Sheppard.  I’ve been called Nigger a lot too.  Happens.  I wasn’t overly affected by Mr. Man calling me that word.  Nigger.  It was more how he said it.  You see, the fine people who have imbued me with this title in the past were high on meth or cocaine.  Or they were slurring their words, barely able to get it out because that 12th beer tasted as great as the first.  Some people spoke in a deep, guttural voice which belied their rage perfectly.  But not Mr. Man.

Mr. Man was smirking as he spoke.  “Nigger.”  Mr. Man didn’t yell, or raise his voice really. He just said it as he smiled, letting it roll down his nose at me.  “Nigger.”  Such an ugly word.  You don’t look like you live here… Nigger.  It comforts me to know Oregon’s “sunset” status is only a memory.  Right?  These sorts of repugnant incidents happen to other people in other places..if your skin isn’t brown.  For me, I’ve been there, done that and got the t-shirt.  It’s happened before and will again.

Which brings us full-circle back to the beginning of our story.  It was a life changing experience, but not for me.  That word has worn deep grooves down the canal of my ears. I was inspired, however, to post the conversation on social media.  It didn’t go viral or anything, but Lake Oswego isn’t a big place.  Shellie has been on our school’s PTO, and even served as its president.  She ran the school’s rummage sale for a number of years as well.  People know her, and as an extension of her, me.  Shellie knows Mr. Man’s kids. She sees them every day.  And she really likes Mr. Man’s ex-wife.  Shellie shared the conversation, and word got around.  Our friends, relatives, coworkers and acquaintances used words like shocked, shameful, disgusting and the like.  One even made the statement that the words they used were cheap, and called them to action.  Maybe there’s hope for my dream of Lake Oswego.

Can this be a tiny little thing, which starts as a ripple? I hope people's words turn into action. And I hope those actions become a powerful wave.

Maybe one day I can look, and be treated, like someone who belongs.

NOTE: I somehow forgot to add this to my original ramblings, but the day before my conversation with Mr. Man, my 14 year old daughter asked me for advice. One of her acquaintances posted a meme of a clansmen in full garb. My daughter was disturbed and confused. The context and substance of the meme are too convoluted to explore here, but it led to a thoughtful discussion on how best to react when faced with unsavory people or actions.
Posted by Nathan at 8:19 PM